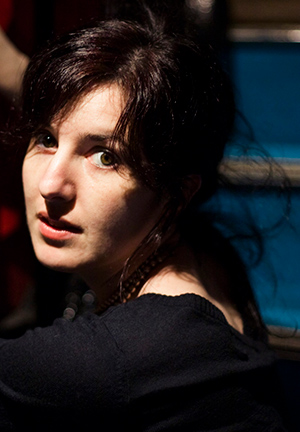 For 7 years, Alina was a regular contributor to the nightly news radio show PRI’s “The World” (a co-production of the BBC). Her personal essays and magazine features have appeared in publications including the New York Times, California Sunday, The Wall Street Journal, The Atlantic, NPR, the Guardian Long Read, the Village Voice and Amazon Originals. Simone is the author of three books, a novel and two essay collections, and has appeared on the Today Show, PBS NewsHour and Radiolab to discuss her work. Her 2017 Village Voice article about America’s first K-pop cram school, “So You Want to be a K-pop Star,” was optioned for film by 20th Century Fox.  She has taught non-fiction writing at Yale University and is a recipient of a Logan Non-Fiction Fellowship, the Andrew Berends Film Fellowship, an NYSCA/NYFA Artist Fellowship and a Mountainfilm Emerging Filmmaker Fellowship.

Born in Soviet Ukraine and raised in Massachusetts, Alina currently lives in New York City with her husband and daughter.

A long time ago, she used to be an indie rock singer.