Writing about a figure that already has countless words dedicated to her, singer/writer Alina Simone gives us a fuller, weirder and more interesting overview of Madonna than we may have thought possible. By exploring Madonna’s hometown of Bay City, Michigan, Madonnaland looks at the world that created the performer, the town that she left behind and the people whose lives she has changed. It’s the way Simone presents her story that’s most riveting, whether it’s looking at idiosyncratic figures from the pop star’s home state (Question Mark and the Mysterians; forgotten and collector-beloved band Flying Wedge) or her own journey from pop music fandom to indie rock. J.D.

Musician and author Alina Simone set out to write a book about Madonna but abandoned the project when she realized her real interest lay with the Material Girl’s hometown and army of fans. Madonnaland is a wonderful collection of essays on subjects ranging from one man’s quest to get Bay City to recognize its famous daughter, and other bands that hail from the Michigan city, like Question Mark and the Mysterians. Simone is a deeply funny writer, but also a perceptive, compassionate one. 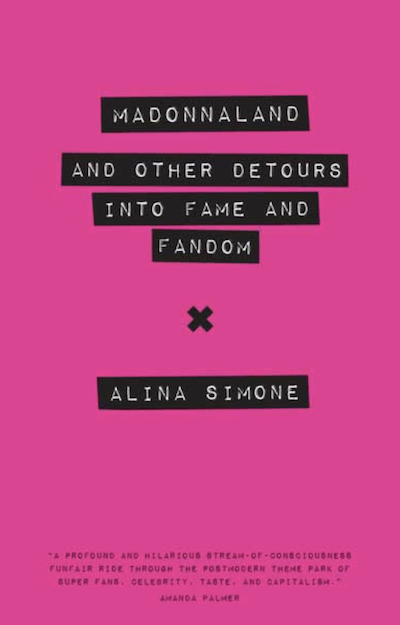